Are Robots replacing humans in the labor force?

There was a time when technology was limited and humans mostly did work with their bare hands. Before the internet or computer, everything was done by hand and less by machine. Man felt productive and accomplished; after all, it wasn’t until the 1900s that the Industrial Revolution changed how the United States manufacturers goods and services. The automobile, the cotton gin and electricity came along at a time when the country was finding its niche in the labor market and there was an increased demand for workers. Fast forward 100 years later and there seems to be a tide turning again. This time, its robots replacing humans in the labor force and whether or not the capabilities they bring to emerging technologies will exceed that of a person?

There’s no question this has been on everyone’s minds for years now. When we think of the future, we envision flying cars and machines that are functioning and producing more output than the average human. Some are excited, some are scared, but we are all curious. It begs us to question: If humans are replaced, does that mean there is no longer a need for us in the labor force? Will we become obsolete? 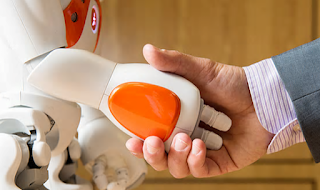 The future of the labor market may not be as job-crushing as research suggests, according to a new report conducted by Pearson, Nesta and researchers at the University of Oxford. The study concluded rather than machines controlling the workforce, it will be more of a balance between humans and machines, working together. While technology is changing the global economy and labor markets,
humans still have control over their own destiny.

In order to preserve the integrity of the human spirit and production, society will have to find ways to blend human and machine capabilities. One can argue we already have because if you were to go a Quick Check or Wawa, you’ll find that automation is used for placing food orders. This eliminates the need for more workers and allows machines to do a standard person’s job. While this is a small example, it is this automation that has many humans curious on their working future. With technology able to perform various tasks a human can do, an employer’s mentality believes they can save money by hiring fewer workers and just have a machine do the job.

There was a previous study conducted by Oxford researchers in 2013 that formulated 47% of United States jobs being at risk of being automated over the course of the next two decades. Researchers also found that 70 % of workers in the U.S. and the U.K. are employed in occupations riddled with future employment uncertainty and that jobs could be at risk if workers aren't proactive about keeping up with their skills (theguardian.com). Honing your skills properly in order to be employed will become a necessity for workers, but it won’t eliminate much of the already existing labor force. Like today’s economy, there will be a balance between machine and man, as long as humans can learn the full capabilities of the technology they are working with.

Technology has provided efficiency in the workforce and in life, creating simplistic ways to gain access to information (cellphone, internet, etc…) and while this is very positive, there is one negative thought that has hit the heart of every person; machine outdoing humans. As people, we take pride in our work and it defines who we are. The evolution of the human race has been a fascinating journey over thousands of years that has ultimately led to life shattering inventions and production. Now, the development of machines and their increased sophistication threaten to take human jobs.
If robots eventually replace humans in most of the workforce, then where does that leave us? The best answer is to find a balance and remember how we got this far.

Look no further than Rotor Clip Company. Founder Robert Slass envisioned something great; a giant manufacturing facility capable of growing on a global scale. To think his vision began in 1957 and 60 years later, the company is still standing and recognized as the global leader in the manufacture of Tapered Section Retaining Rings, Constant Section Retaining Rings, Spiral Retaining Rings, Wave Springs, and Self-Compensating Hose Clamps, is a testament to the hard work and integrity displayed by the staff. With little technology at his disposal, Slass created a company out of a small warehouse building and it grew to become what it is today. He embodied the human spirit and the will to succeed and he took pride in his work. He created his vision with his own mind and bare hands, not a machine. 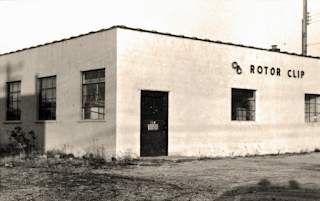 The human mind is capable of something that current day robots are unable to do; creativity. It is this creative nature and thought that fuels production and keeps humans at the forefront of the labor force. Going forward, technology will continue to assist our production and provide easier means to accomplish tasks. It is up to us to continue to innovate, think smart and stay ahead of the game, just like Robert Slass did back in 1957. Combining human thought with the efficiency of a robot can produce wonders and also save the human race from serious drought in work. As long as we continue to accomplish great feats, humans aren’t going away from the labor force anytime soon.

Justin Arbadji is a Marketing Assistant for Rotor Clip Company