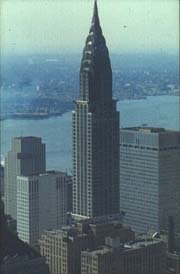 Awhile back we wrote about a new prototype of "bladeless" wind turbine that draws energy from its minimal vibrations made in the wind. This oscillating force posed interesting benefits in cost-efficiency, but ultimately the design, invented by Daniel Yenaz and explored by Vortex Bladeless, runs into practical limitations with scale and area. Now another team, this one from Ohio State University is delving into the same forces, but with an interesting twist.

Ryan Harne, an assistant professor at the school, has led the research behind new "treelike" devices built to harness small amounts of energy from the vibrational energy of established city surroundings. This means not only in traditional areas of natural wind, but from the minimal swaying motion that buildings in every city affected by wind make, as well.

Harne's purpose for this research was to find ways of getting minimal energy to power sensors that monitor a structure's integrity, but without those devices needing to be plugged into traditional energy sources. As Harne explains in the Journal of Sound and Vibration:


“Buildings sway ever so slightly in the wind, bridges oscillate when we drive on them and car suspensions absorb bumps in the road,” he said. “In fact, there’s a massive amount of kinetic energyassociated with those motions that is otherwise lost. We want to recover and recycle some of that energy.” 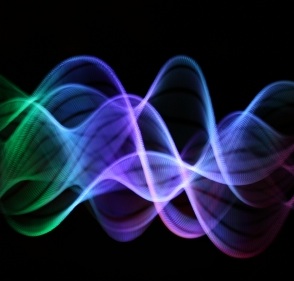 This approach to oscillation differs somewhat in Vortex's approach, as it makes the somewhat brilliant move of harvesting kinetic energy off structures already built into surrounding infrastructure. This eliminates the need to construct costly devices built solely to generate oscillating force, as well as battery and transmitters that would normally be needed to power the sensors in the first place.

Harne and his team, whose initial experiments made use of internal resonance to produce such promising results, hope to continue developing the technology in the near future.


Donal Thoms-Cappello is a freelance writer for Rotor Clip Company.

We recently sponsored a contest among college and university students challenging them to design a working device that would be held together entirely by Rotor Clip retaining rings (non-threaded fasteners).

We called it the "Ring-A-Majig" contest and it was  held in affiliation with ATMAE, the Association of Technology, Management and Applied Engineering. Four degreed engineers from Rotor Clip judged the entries and selected five finalists. Each presented their ideas via a Webex presentation to the judges, who then selected the first, second and third place winners.

The winning team members will each receive a cash prize for their efforts.

The presentations afforded us the opportunity to see the students communicate their ideas in a clear and concise way. They explained their designs and how each would work (the devices had to display motion or movement, manual or powered like a ticking clock or a working toy). They also described the retaining rings they selected and why each particular type was chosen (taking up end play, reducing vibration, etc). In the end all five provided excellent technical rationales for the designs they chose.

This is at the core of Rotor Clip's affiliation with ATMAE; namely, to support education in STEM (Science, Technology, Engineering and Math) through programs that expose students to “real world” situations and encourage them to pursue careers in manufacturing.

Based on our experience with the "Ring-A-Majig" contest, I am happy to report that the future of U.S. manufacturing and the technical skills to make it successful are in capable hands!

Posted by Rotor Clip at 7:17 AM No comments: