About the last place one could choose as a setting for an unprecedented hydroelectricity undertaking would be a desert. 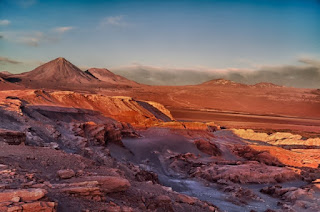 And out of all the deserts in the world, the 50,000 mile Atacama- one of the driest places on the planet- would most likely be the very last one to be considered. Nevertheless, Chilean developers and local business representatives have received a crucial approval from regional environmental agencies to move ahead with a gargantuan project that would generate 300 megawatts of electricity. This was after the project was rejected, to much local fanfare, by the country's government last year. While the design of the plant could prove to be an exceptional blueprint for other countries to use, its purpose is controversial and may prove to illustrate the complicated layers of navigating a new era of energy. 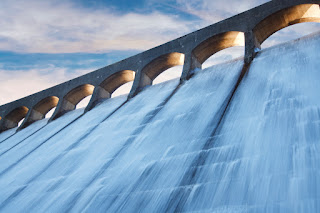 The project, proposed by Chilean energy company Valhalla, depends on the discovery of two massive depressions located 13,000 feet up in the Andes Mountains to the east. Ocean water pumped from 1200 miles away will be stored in these natural reservoirs the size of 22,000 Olympic-sized swimming pools. The giant capacity means that water can drop from these heights 24 hours a day, powering a total of five hydroelectric plants that are being planned for construction. Even better, the searing sun that beats down on the Atacama desert will also fuel solar cells installed to power the bringing the water up the mountains, making the entire process carbon-neutral with zero emissions.

As much of an engineering feat as it is for green enthusiasts, however, the proposal still faces widespread disapproval from local Chileans. The reasons may have less to do with the technology and more to do with who directly benefits from it. The industries that operate in the provinces slated to receive the hydroelectricity are all mining companies harvesting copper and other metals from the ground. Activists argue that although the companies will be operating on clean energy, their objectives of stripping the land will still have devastating effects on the Patagonia environment. And while developers have, naturally, assured that the trade-offs (no hydroelectricity will mean a doubling down on coal-fired plants) are worth it, there are no details yet about whether the water moved out of the ocean is to be desalinated. If not, it will be crucial to ensure the salt in the water does not permeate into the surrounding wilderness of Patagonia. It's also worth noting the project is currently underfunded, and the solar aspect of the project has not yet been approved by the government.

Despite the risks, if it works, Valhalla's design could serve as a template for cities all over the world currently having to rely on less and less snowfall from their surrounding mountain ranges.

Posted by Rotor Clip at 1:56 PM No comments: