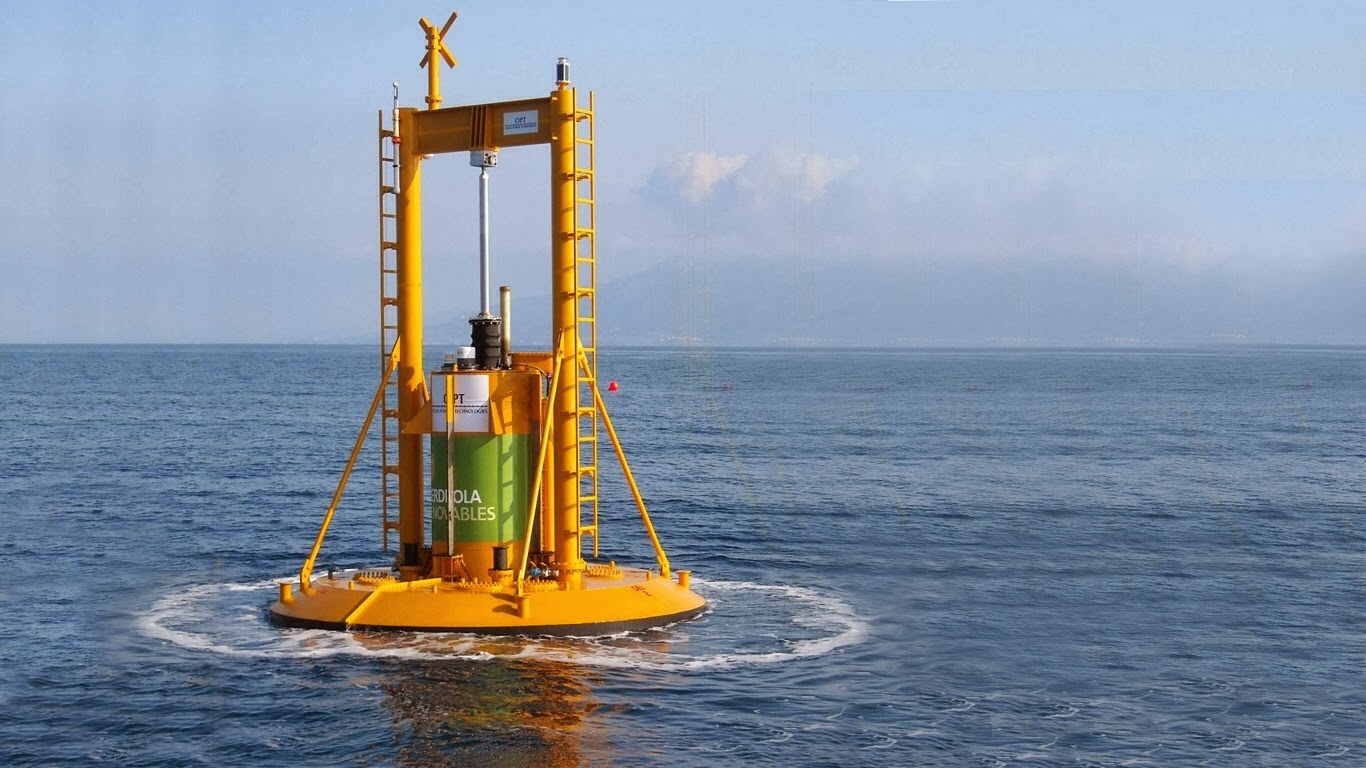 Wave energy gets less print than Wind, Solar, and Biodesiels combined, yet is widely considered the most reliable renewable source, as well as the source with the most potential (which might have something to do with the size of the planet's oceans).

Lockheed Martin's recent contract to work with Victorian Wave Partners in developing the largest wave energy project to date is encouraging, and it's also way past due for this type of investment.  To reiterate: wave power derives energy from the surface motion of the ocean.  That is not only a more reliable, and consistent source of energy than wind or solar (the never-ending rhythm of the tides is a better bet than the world's wind front patterns, obviously), but because the turbines live underwater, it's also quieter and less of an eyesore.  The enormous damage wind turbines can do to real estate value by obstructing views are a non-issue with wave energy.

While the project is going to be established in Victoria, Australia, Lockheed Martin and VWP plan to use energy harvester technology from the New Jersey-based Ocean Power Technologies.  The company's PowerBuoy converters are projected to eventually generate an initial amount of 2.5 megawatts, but eventually get to a peak power phase that generates enough energy for over 10,000 homes.  As the video shows below, they're easy to establish,  can be monitored with realtime smart data, and are extremely cost-efficient:


This is an encouraging project not just for the world of renewable energy, but the prospects of American-owned energy sources as well.  If the Victoria experiment goes smoothly, and generates the projected energy, it will serve as a needed template for similar endeavors that take advantage of America's two ocean coastlines.

Donal Thoms-Cappello is a freelance writer for Rotor Clip Company.
Posted by Rotor Clip at 12:29 PM No comments:

The Massachusetts Institute of Technology's biggest joint research center is SMART, or the Singapore-MIT Alliance for Research and Technology in Singapore.  The centre recently enjoyed a visit from Massachusetts Governor Deval Patrick, who expressed his state's interest in making tech-level improvements in infrastructure a priority. However, it's SMART's latest collaboration with researchers from nearby National University of Singapore-not their high-profile guests- that should be garnering the most attention.

Led by one Professor Emilio Frazolli, SMART-NUS researchers dubbed the Future Urban Mobility
Research Group (FM IRG) just unveiled the latest advancement in automated vehicles; a self-driving golf cart.  While not a vehicle that one would actually drive on an average city street, it is, however, a significant step in the evolution of automated driving for a few reasons: one of which being its navigation system doesn't use GPS.  “GPS data sometimes has a tolerance of 10 to 50 meters, which is not enough for urban environments,” explained one of the team's members, Zuo Bingran.  And so, bearing an array of map data processors and laser sensors that span 270 degrees, the SMART golf cart is completely independent of satellite technology.

More impressive, perhaps, is the framework within which the joint project was intended to be made.  The vehicle is part of a larger goal for FM IRG of creating not merely automated vehicles, but a tightly orchestrated system for these vehicles to drive on, whereby human control would start at the beginning and end of a trip, but cease on highways, or high-volume roads, during "peak hour".  They call the policy "first mile-last mile", and it may be the first step in integrating the recent design fantasies of research groups and proponents of a worldwide automated vehicle system with the practical realities of individual autonomy.  It's hard to imagine people wanting to give up complete control of self-navigation- unless, of course most of their commuting involves long bouts of traffic and redundant routes.  That experience is all but assured for everyone with rising population numbers.  With all evidence pointing towards computers making better split-second decisions in risky driving situations, why not let them take over the hard part of being attentive during mundane, start-and-stop traffic?

Whether the greater public will go for such a concept (and even if so, it's going to take a long, long, time to put it into effect) remains to be seen.  But MIT and SMART are doing the right thing by creating designs not in a vacuum, but in a context of a renovated system that must exist in some form if any of us have any hope of getting from a point A to a point B in the not-too-distant-future.