This past month, the International Manufacturing Technology Show in Chicago was the setting for a demonstration of 3D printing as a tool for manufacturing.  The product that was printed?

The manufacturing of the "Strati" as it is being dubbed by Local Motors, was done almost non-stop over the entire length of the 5-day event, with the help of other American companies playing different roles in this entirely new "microfactory" chain.  From IMTS's press site:

"The Strati was built in three phases during the six-day show. In phase one the car was 3D-printed on a Cincinnati Incorporated BAAM (Big Area Additive Manufacturing Machine) over 44 hours using cutting edge technology called additive manufacturing. Phase two, known as subtractive manufacturing, included one day of milling on a machine provided by Thermwood. Once complete, the third and final phase was rapid assembly, in which a team led by Local Motors put the finishing touches on the world’s first 3D-printed car. Then, the key was turned and the vehicle set off on its maiden voyage, marking an important moment in history." 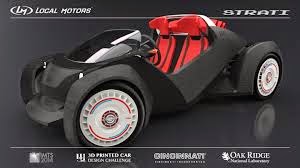 That maiden voyage was Local Motors CEO John B. Rogers Jr taking a long drive around Chicago's McCormick Place, proving the car's function.   Although 3D printing and additive manufacturing have shown applications in previous automobile projects such as the Kor Ecologic/Stratasys collaboration on the Urbee, the Strati goes one step further.  Where the Urbee was an additive manufactured chassis design over a regular vehicle system, all of the Strati's parts that are not mechanical are 3D printed.

There's obviously still competitive issues to work out.  Five days to make one automobile doesn't exactly scream "practical" to investors interested in mass production.  Still, there is obviously tons of room to refine this process.  Throw in more labor, experts, automation, and assembly strategies, and the Microfactory could soon be the norm in the auto industry.

Donal Thoms-Cappello is a freelance writer for Rotor Clip Company.
Posted by Rotor Clip at 12:17 PM No comments:

The story goes that Ian Tansley was walking in the cold country of Wales over a decade ago and observed a frozen sheet of ice along the lake.  As he tells Rebecca Burn-Callander of the Telegraph, “I thought, 'If hot water rises, why is the top of the lake frozen and not the bottom?’ That’s what gave me the idea. It’s just so simple and works with the density of water.” 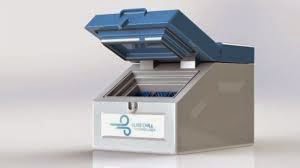 The idea in question was a refrigerating system that uses physics to beat the efficiency of standard commercial refrigerators, and it soon became the heart of Tansley's Welsh-based firm, Sure Chill.   Innovation in this area is worth examination, as climate change, overpopulation, and other 21st century issues are forcing infrastructures around the world to reassess what takes up their respective energy grids.  The average US household has a refrigerator taking up around 13 percent of overall consumption (only the air conditioner uses more energy) and spends 600kw annually.  While these figures are an improvement from older models before 2001 that could use a whopping 1400 kilowatts a year, there's still room for improvement.

So how can Sure Chill's version of refrigeration help?  For one, it doesn't need to be plugged into the grid all the time.  On the contrary, a Sure Chill refrigerator can stay at optimal cooling levels for up to 12 days.  How?  By using the simple rules of physics applying to water circulation.  Water is at its heaviest at precisely 4 degrees C.  Any other temperature and it begins to rise, but if maintained at 4 degrees, it sinks, bringing heat with it (hence the frozen top of a lake).  This temperature is achieved through the power system of a Sure Chill fridge, which creates a top layer of ice in a reservoir frame around the unit with water staying below at the magic 4 degrees number.  But the design relies on nature once its turned off; as the water rises with the temperature, it mixes with the water sinking from the melted ice.  This creates a perfect stasis that can remarkably last days without renewed power to establish cooling again:

While the design is ingenious, its detractors point out some obvious problems that may arise in competing with the commercial refrigeration market.  For one, using water to circulate around the fridge instead of air (as standard fridges use) could make the Sure Chill vulnerable to outside heating factors, as water absorbs heat more so than air would.  However, Sure Chill fridges are finding an immediate application on the edges of global energy grids, most notably in the Philippines, where UNICEF has ordered 200 of Tansley's models for much-needed vaccination storage in the wake of the damage from Haiyan. Additionally, the Bill Gates Foundation recently made a huge investment in Sure Chill with a $1.4 million grant donated for the purposes of improving the design's cooling endurance to 30 days off the grid

A hearty challenge, but if met, one that could revolutionize food, medical, and storage industries around the world.

Who would think that one of the staple side dishes of a regular American meal could also be a source of  the world's pollution?  But the next time you're shopping for rice in your local grocery, you should consider this: in Asia alone, rice production produces over 770 million tons of rice husks a year that up until recently were dumped in rivers and landfills or burned into the atmosphere.  That number doesn't even take into account markets in North America or the Middle East, also major hubs of rice as a mass commodity. 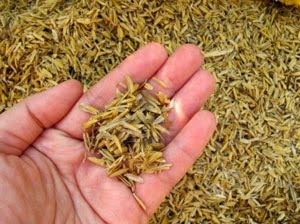 The waste of rice husks is doubly tragic, considering research is showing more and more by-products of rice production can serve a multitude of uses and has much more value than western industry has given it.  In India, a company funnels the gas from burning husks into turbines that create electricity that runs 30 percent cheaper than diesel-based turbines.  In Taiwan, researchers successfully showed how rice husk "biochar" can integrate with soil to grow heartier green vegetables than char based from wood.   Despite these small victories of  cyclical use, any true sustainable manufacturing that can yield impressive profits and positively contribute to the environment has to be on a much larger scale, and would involve convincing a giant market force to take a risk on a new approach to cost-efficiency. 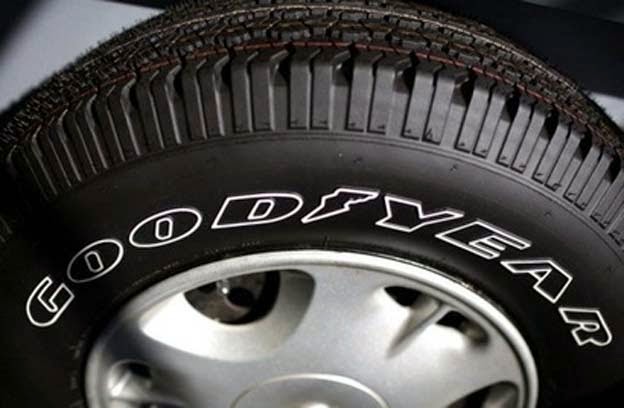 Enter Goodyear, which certainly qualifies as one of those giant forces. It seems the company has caught green-lit plans to use silica in ash leftover from burnt husks as an environmentally friendly form of traction-control and fuel efficiency for its tires.  While it's not clear yet whether Goodyear can buy ash from power plant contractors that minimize the air pollution from burning husks, it's a much-needed improvement from the tons of silica filling up landfills.  The move also helps Goodyear fulfill its 2008 mandate to have zero waste to landfill from its facilities.

It may be a small step, but it's being made by a giant of American tire manufacturing.  And if tangible savings are measured, this move could serve as a template for all companies to pursue cyclical, sustainable industry.

Donal Thoms-Cappello is a freelance writer for Rotor Clip Company.
Posted by Rotor Clip at 11:38 AM No comments: 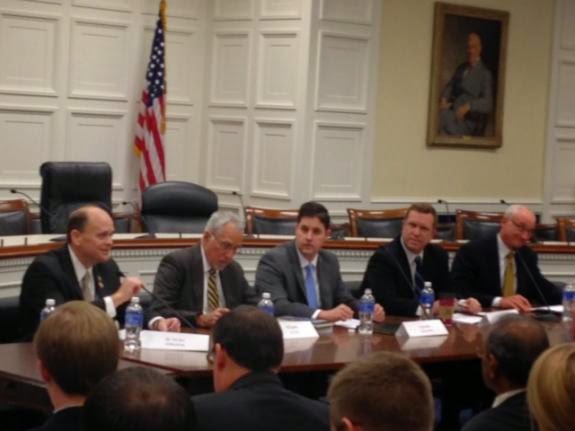 Senators Tom Reed (R) of New York and Joseph Kennedy III (D) of Massachusetts have gone against the recent narrative of a do-nothing Congress by securing passage of the Revitalize American Manufacturing and Innovation Act  (RAMI).  The bill passed the House with overwhelming approval, and only awaits a vote by the Senate to begin changing the manufacturing landscape across the country.


The RAMI Act secures earmarks of $300 million spread over ten years to foster and support community centers, or "hubs", where local private companies can access public funding to work together, not just on creating new manufacturing products, but training a new generation of labor to create those products as well. 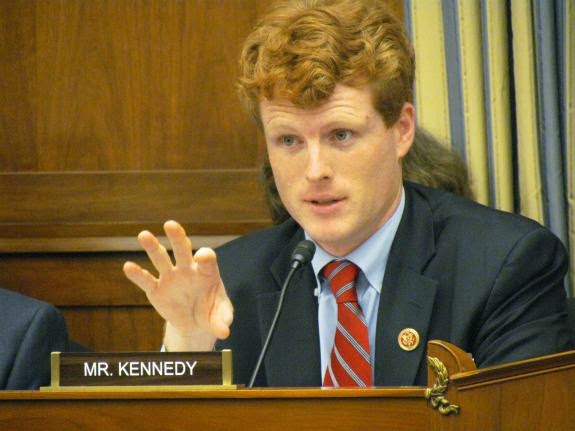 Although one part of the greater puzzle in making the United States more competitive with foreign manufacturing advantages such as cheaper labor and less legal restrictions, the bill goes a long way in helping to fill a crucial gap in the US.  The disconnect between national factory chains and local city/state communities that thrive with their own unique contributions to those chains is a clear hindrance.  Previous collaborative pilot programs where government entities such as NASA provide criteria and benchmarks for private groups to develop new products and methods have proven very successful in the past few years (3D Printing owes its success to this). 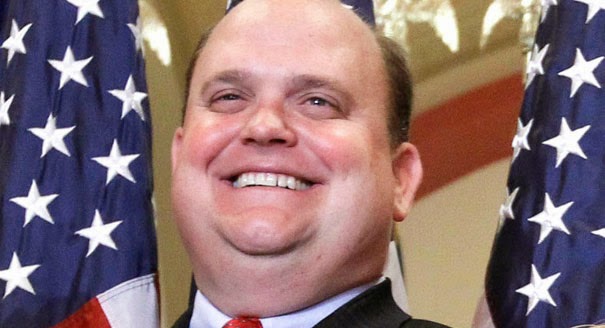 Senators Reed and Kennedy should be commended for recognizing these public/private efforts and taking a step to provide a much more stable network within which they can continue.  You can go here to learn more about the Revitalize American Manufacturing and Innovation Act, as well as the Regional Innovation Program it's based on.