Tesla Ponders The Battery Market; Setting Up Shop In US 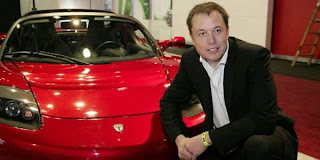 Despite getting some bad press recently, Tesla Motors is still coming off as a company on the cusp of owning the next era of American manufacturing.  The company has posted a profit for the last few quarters ( and also happened to be one of the few businesses that paid back the money it was given in the bailout), and its latest luxury brand has been posting solid numbers in sales.

And while the company is not known for being particularly risk-averse, what Elon Musk has reportedly been pondering next, may signal either the company's most precipitous move, or its greatest mistake:

"The main constraint on our production is really the cells," Musk told analysts at a Q&A regarding Tesla's Q3 2013 earnings.  "We are not quite ready to make a big announcement on the cell and battery giga factory, but we are exploring a lot of these options right now."

It bears reminding this is after the company recently agreed on a deal with Panasonic for 2 billion batteries over a span of 4 years.  However, Musk predicted the company will produce, or have a capacity to produce over 500,000 vehicles in a year, and he also emphasized Tesla has met all of China's requirements for selling overseas and hasn't even begun to market itself outside "word of mouth".  If you believe Tesla' s side of things, all signs point towards productivity still falling short of demand.

And so, Elon Musk's claim that Tesla is considering its own massive battery plant, ideally in Fremont, is not only music to the ears of those of us who want US manufacturers to keep their supply chain domestic, but it may very well make perfect business sense.  Any innovations in the manufacturing process of lithium ion batteries will probably occur in procedural operations and logistics, and they won't be discovered unless they're tried.  It's also important to remember batteries are a product that can be expensive to ship, due to their individual weight.  Keeping them local to vehicle manufacturing can cut into freight costs as well.  Lastly, although the folding of battery giant A123, scared away many interested in the field, the consensus among industry experts is that demand in battery-powered vehicles was in a vastly different place than it was even two years ago.  All signs point towards a dam bursting in electric cars becoming standardized in the consumer landscape within the near future.

And that could be very good news for all of American manufacturing, as the scale of what Tesla is mulling is unprecedented for lithium ion batteries; larger than any capacity Panasonic currently produces.  The ripple effect could create whole new satellite businesses and infrastructure, not to mention actually create new jobs instead of just move them around from one state to another (as many would posit is our current definition of "job creation").  Only Tesla really knows if the consumers are there to make such a thing work; their moves and signals within the next few months will be very telling of the answer.

Posted by Rotor Clip at 6:36 AM No comments: