Researchers at North Carolina State University may have permanently wedged open the door leading to manufacturing products, software, and hardware on the atomic level:

Their latest method of thin-filmmaking can consistently create semi-conductor films that have a monolayer as thick as one atom; smaller than any previous endeavor.

Dr. Linyou Cao, assistant professor at NC State and senior author of the publication explaining the technique (which you can read here) translated to Product Design and Development, the implications. "This could be used to scale current semiconductor technologies down to the atomic scale – lasers, light-emitting diodes (LEDs), computer chips, anything.”, Cao says.

Using a new technique they dub "self-limiting growth", the team essentially found a way to manipulate particles' tendencies to form into solids or vapors under extreme temperatures.  By controlling these molecular pressures, the researchers were able to ensure when they would cancel each other out, thereby controlling how thick each monolayer could be, down to the initial atomic layer.

While this method has only been proven to creat semiconductor film sheets themselves, Cao has patented the method, and he and his team are now working on creating thin film wafers on the atomic level consisting of different materials.  The hope is this will lead to the next level of building complicated transistors and signal-technology; leading to computerized equipment the size of a particle.

FOLLOWING THE WRONG WORK INSTRUCTIONS CAN BURN THROUGH YOUR PROFITS 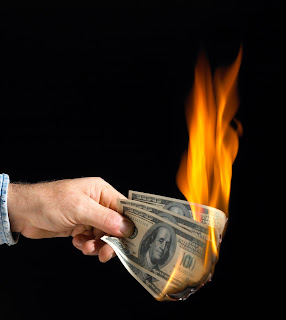 Those of us involved in US manufacturing know the implications of being registered to a quality system like ISO or TS16949. You establish a system, monitor it for effectiveness then prepare to defend it when a third party registrar comes around to conduct a surveillance audit.

Preparation usually involves making sure you are meeting your metric goals, issuing corrective actions when necessary and a number of other housekeeping items the auditor may choose to check.

One of the more mundane items that usually finds its way to the bottom of the preparation list is keeping work instructions current. These tend to get written once, then put aside, rarely looked at again. After all, the employee (machine operator, inspector, shipping clerk, etc.) knows how to perform a task and does not need to refer to an instruction to complete it.

But the day usually comes when that same employee is asked to deviate from the instruction. For example, a new finish may be substituted for a certain product. Or, a process may have to be changed slightly to accommodate a unique customer requirement. The employee can keep it all straight in his or her head. No need to take valuable production time to revise a piece of paper.

But what happens if that employee is sick, on vacation or away from the plant responding to an emergency? A substitute steps in and follows the outdated instruction.

In the past this might have amounted to a “So what?” The person leaves out a step causing the product to be made slightly different than ordered. It’s a little mistake.

But the fact is these mistakes can mushroom into costly errors. What if it affects thousands of pounds of raw material ordered incorrectly? Or, the production of 100,000 assemblies that now have to be returned and reworked? The costs can be astronomical eating into profits and tarnishing your relationship with a customer.

So do yourself a favor: after reading this, have all of your employees (production and office) read their work instructions. Are they still doing things as written? Or, have subtle changes crept in over time? If so, now is the time to change them to reflect what actually takes place.

It’s time to take work instructions seriously before an error starts burning into your profits.