Three Models to Bring the Mobile Home Into the Future

Mobile home owners in America generally deal with an unfair stigma of being low income, underinvested, or impermanent. Out of the 20million mobile home owners in America, however, there is so much variety, it would be unfair to apply these characteristics to them all. Mobile communities in the U.S. are not only numerous; they are growing and diversifying in so many forms. In fact, the space-conscious models of the typical mobile home make it ideal to create new generations of homeowners that must co-exist in ever-increasing populations across cities of the new century. 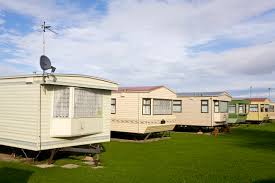 Ironically, thousands of mobile home communities dotting across the country consist of residents who never leave their lot. Yet, as population and weather pattern shifts around the country, picking up and leaving can be more and more considered a necessity for many citizens.
Considering this, it makes sense for companies in construction and manufacturing - both residential and commercial- to explore this rising demand. Trends such as “tiny houses” and redesigned prefabricated homes may be pointing towards a “new norm” of home ownership. While there have already been numerous ideas that emphasize space-conscious minimalism and repurposing or relocating, they tend to be aimed at small luxury markets. The potential for the average American small business or resident, however, to be part of a rethinking of movable homes, is still there, and largely untapped. 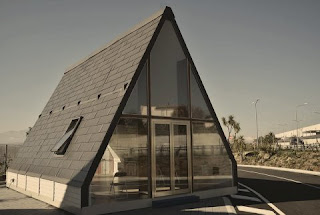 MADI’s Sustainable Pre-Fab Home: There are many companies already exploring with ways to build flexible and mobile residences. One such  is the Italian-based prefab home company, MADI. Designed by world-renowned architect, Renato Vidal, the company’s newest model is a singular A-frame that can be delivered and installed on a property in just under seven hours with minimal labor. Available in three sizes, MADI’s house is solar-powered, so it can function off-grid, and its smallest version comes in at only $33,000; a few thousand cheaper than the average single-wide mobile home.

Ten Fold Engineering: This UK company has come up with a one-of-a-kind lever-folding system to produce homes that can literally "build themselves" within 10 minutes. All that is needed is an electric drill to begin the process, and a fail-safe designed around the floors being folded ensure the building will never fold on its own while residents are inside.What’s more, Ten Fold’s construction is designed around ready-made spaces, making it possible to even transport desired furniture and utilities. 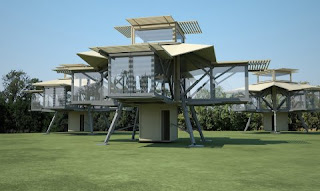 Their protoypes can apply to homes, but also events or businesses where comfort and style is prioritized over permanence. As the company’s founder, David Martyn, has said, the mobility aspect of the home was intentionally explored to address economic realities of shifting workforces that value the choice to relocate for opportunity: “It changes the dynamics of the market, which does need to change because it is a transportable property asset. This is a real solid building that doesn’t have to stay in the same place. This is about speed, size and ease, and there’s nothing else that does it.” 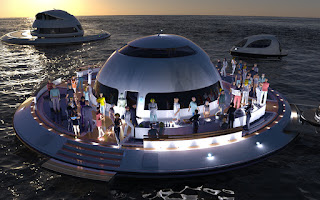 Jet Capsule: Mobile lots don’t need to be limited to the ground, either. In2016, we profiled Jet Capsule, an Italian yachting company that was exploring a line of floating “UFO” homes. Since then, the solar and wind-powered mini-homes have progressed past the prototype phase and are due to debut this year with an initial price of around $200,000: pricier, but still a reasonable price for homeowners seeking something flexible, if unconventional.


These examples are just one of many, and have all moved beyond the prototype phase and are one step closer to mass production. Any one of them could be invested in and applied to communities across America right now. If such an undertaking were to happen, the term "mobile home" could one day have a whole new meaning.
Posted by Rotor Clip at 5:37 AM No comments: