Ralph Lauren Keeps "Made In USA" Honest for Sochi 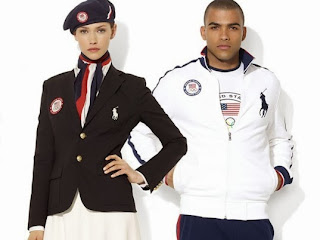 The Ralph Lauren Corporation has been one of the most stable businesses in American fashion and merchandising since its inception as Polo Ralph Lauren in 1967.  And while it's not exactly a trail blazer in the fashion industry, its decision to ensure all of the clothing and apparel worn by Team USA at the Sochi Olympics this Winter is exactly that- made in the USA- is not only reassuring from a place of National pride, it also may lay down a fresh template for similar businesses to follow in the near future.

It wasn't easy to make the transition to a completely domestic supply line, all of which has been a clear response to the flash uproar that went through mainstream media when it became widespread knowledge Team USA's clothing was Chinese-manufactured during the London 2012 games.  Ralph Lauren clearly took the initiative, however, and found companies such as Imperial Stock Brand in Northwestern Oregon.  Imperial Stock, a sheep-shearing business, has been highlighted by Ralph Lauren as providing the yarn for the clothing.  In addition are 40 other American vendors involved in the process of making the line, including a Pennsylvania based yarn spinning company , Nazareth-based Kraemer Textiles.  Ralph Lauren has been very candid, however in observing the limitations of an exclusively American supply chain; the lack of volume in meeting demand resulted in less of a variety of apparel for this winter's events.  And its reasons for trying to work within those constraints may have less to do with patriotism and more to do with shoring up their own PR shakiness.

No one has made any complaints, however.  Indeed the tradeoff is probably much more preferred to 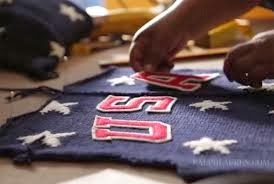 Team USA wearing uniforms made somewhere other than the nation they've literally sweat and bled for in order to represent at Sochi.