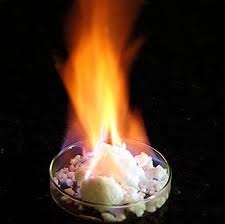 Methane has been getting a good run these days due to it being the energy ingredient in a little-known resource we call "natural gas".....

Yet, while the gas boom has been a silver lining in the cloud of the US economic recovery, it comes with a price: methane is not going to help the effort to curb greenhouse gases.  In fact, it has 21 times the heat retention properties as carbon, so hurting it seems more likely.

Scientists have been trying for, really, centuries, to harness energy from biogas produced in landfills and waste management plants.  After all, what better resource to use for human energy consumption than what humans inevitably "emit" anyway?  So why haven't we done so already?  Biogas produced out of plants and landfills are mixed with too many "dirty" compounds that render it useless.  Since it costs too much to clean up, most facilities burn it off instead.

That's where Craig Criddle, professor of civil and environmental engineering at Stanford University, comes in.  Criddle has a different idea for methane; while its energy seems near impossible to draw on a cost-efficient scale, turning it into plastic is very doable.

Why?  Because microbial organisms called methanotrophs do it for us.  Criddle and his staff cultivated these specific types of bacteria and developed a technique whereby feeding them lots and lots of methane enables them to produce a large amount of polymer compound called polyhydroxybutyrate (PHB for short).  Not only do the methanotrophs produce up to 60 times their body mass in PHB, but their metabolism completely rids the PHB of any kind of contamination.

While it's not going to solve energy issues, this method makes a solid argument that methane, not petroleum, should be looked at as the chief source of our plastic products.  Criddle himself gives an economic reason:


“From a business standpoint, it makes far more sense to use methane as a polymer feedstock than to burn it for power production...PHB sells for $3 to $4 a kilogram on today’s market, while methane burned for electricity production would return from 40 to 80 cents a kilo.”  - Craig Criddle to Glen Martin, Stanford Engineering

In addition, converting methane to a polymer sequesters all the carbon that would usually and eventually make its way into the atmosphere under our current petroleum-based process.  Thus using methane-based polymers are not only cheaper, but have a direct effect on greenhouse gas emittance, as well.

Seems like a pipe-dream?  Not at all.  Stanford alum Molly Morse, PhD, is the CEO of Mango Materials, which has just recently been permitted to operate a PHB production facility at a wastewater plant in the Redwood City area of San Francisco County.  If all goes well, methane-based polymers could be a commercial product- and a welcomed innovation- within a few years.

Posted by Rotor Clip at 7:12 AM No comments: 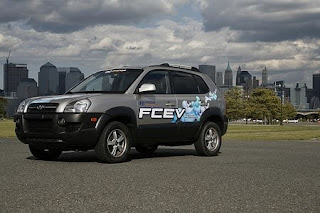 Rare is the moment when companies put competing tactics aside to focus on the greater good of their industry.  Thankfully, Daimler AG, the Renault-Nissan Alliance, and Ford Motor Co. have done just that.  The three automotive monoliths have pledged a joint investment in commercialized hydrogen fuel cell electric vehicles.

Fuel-cell Electric Vehicle (FCEV) technology is especially promising because one of the chief components- oxygen- is pulled into the engine literally out of thin air to react with stored hydrogen.  The by-products are heat and water vapor; zero negative effect on the environment to add to the ridiculous cost-efficiency of the combustion/ process.

Now, it's important to stress these are automotive companies.  They specialize in the vehicles; the existing infrastructure for hydrogen fuel cells is sorely lacking in the United States.  Stations that can supply and "refuel" fuel cell vehicles are pretty scant....ten, total, according to the US Department of Energy.

Make no mistake about it, however:  this is a watershed moment for the auto landscape of the future.  Roads, Interstates, Rest Stops, fueling stations around not just the US but the entire globe will change.  Major companies who own the tech want to supply it, and the green-minded consumer community demand it.  This may be a first step, but it is a giant one.

Donal Thoms-Cappello is a freelance writer for Rotor Clip Company.
Posted by Rotor Clip at 10:53 AM No comments:


In 2000, NASA's budget was gutted by Congress and it decided to scrap many brainstorm projects, one of which for an "expandable module" that would be made of flexible material and supplement the International Space Station (ISS).  NASA sold the patents for the module to one Robert Bigelow, a real estate mogul who wanted to use his fortune to finance space endeavors.

Fast forward thirteen years and hundreds of millions of dollars later; Bigelow Aerospace has put not one, but TWO prototypes in orbit, the Genesis 1 and 2.  Even better, NASA has contracted the Las Vegas-based company to develop an inflatable space habitat that will be able to attach to the ISS.  Robert Bigelow's investment will pay off.

And it should, because the technology is fascinating both in its simplicity of design, and in the multiple problems with space travel it addresses.  Bigelow claims the floppy cloth walls that blow up like a balloon are nevertheless just as protective from impact and radiation as standard designs.  Being lightweight and able to inflate after launch makes the module cost-effective in fuel and saves time in the launching process itself.   Matt Gurney of Canada's National Post makes additional  interesting points as well:


"...Rockets are skinny. Objects headed into space must not only be light enough to be lifted by the rocket, but capable of squeezing into narrow cargo holds. The now-retired space shuttles, for instance, could carry payloads up to 59 feet long, but only 15 feet wide.

This is problematic. If the total width of your vessel is limited to 15 feet, a strong hull, insulation, radiation shielding and all the equipment necessary to run the ship leaves little room left inside for anything else. The result: Extremely cramped living conditions have been an unavoidable fact of manned space exploration.

People can tolerate enclosed environments. But to really explore the solar system, a ship will require so much gear, and the crew so much storage space for supplies, that we need to build bigger than we ever have before. Not to mention the psychological benefit of being able to stretch one’s legs on a mission that could last years or months."

It's not the sexiest issue of space exploration but it is crucial: making the area of a space vehicle or module larger in circumference opens up so many more possibilities.

And no matter what NASA decides about the model, Bigelow's long-term goal is  to move forward with a privately-funded expandable space station and habitat.  Imagine laboratories and cargo stations big enough for dozens of people to roam around.  With a variety of private shuttles already designed and in the prototype phases, this may be a lot closer to happening than conventional wisdom believes.

Posted by Rotor Clip at 2:21 PM No comments: