Tesla's First Acquisition Is In A State That Bars Tesla 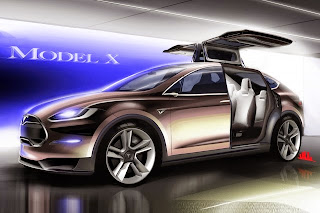 This week, Tesla announced its first acquisition, that of Michigan-based tool company, Riviera Tool LLC. Based in Cascade Township, Riviera Tool specializes in machinery for metal stamping. Its welcome into the new Tesla umbrella indicates the electric car giant is prioritizing time-sensitive efforts to meet its promise of 55,000 2015 sales for the much-anticipated Model X.

Ironically, Tesla has been barred by legislation to sell in Michigan, as well as other states such as New Jersey. That may have informed Tesla CEO Elon Musk's decision to acquire Riviera Tools, as a role of funding and possibly expanding a regional manufacturing company in the state that could woo legislators in loosening restrictions. Of course Tesla has a long way to go if it's going 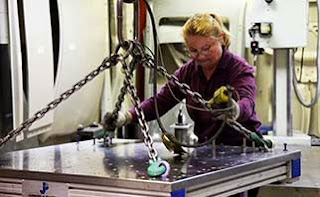 to assure Michigan its innovative model and 21st century technology process won't undermine the traditional auto infrastructure that have propped up the state's employment figures for almost a century.

Yet many in the industry feel it's only a matter of time before Tesla becomes the template for other car companies to follow if they have a chance of adapting to the conditions of a post-globalized manufacturing landscape. Aside from the now seemingly inevitable transition from gas to electric, Apple's recent effort to peel engineering talent from Tesla as part of its top secret automated vehicle project- known as Titan- signals even more innovations explored on a mass level that could turn the industry even more unrecognizable to its current iteration.

In the coming months, Tesla may take more actions like this to generate production power. Look to see where the next acquisition is based, as it could mean a cultural and industry shift for that region ripe for the benefits of a new era in the auto world.