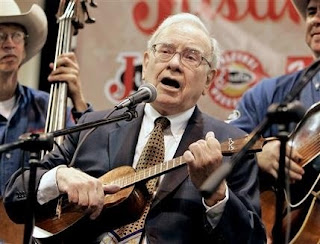 Warren Buffet, owner of billion-dollar Berkshire-Hathaway and possible visitor from an Ozzie and Harriet-alternate reality, has been lauded in the press lately for his folksy optimism.  Much of that is due to post-recession America wanting some optimism to feel better about its economy, but it goes without saying Buffet's folksy optimism is closely followed because it usually yields moves that show remarkably successful financial foresight.

That probably explains why the internet is on fire with the news that his MidAmerican Energy Holdings Company has just purchased two solar plant facility projects by the California-based SunPower, a solar panel manufacturing and solar development company. 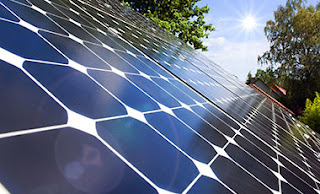 The Antelope Valley Sun Projects were acquired for a price tag between $2 and $2.5 billion by MidAmerican's alternative energy division, MidAmerican Renewables.  Both plants are expected to be operational by 2015 in the Los Angeles and Kern Counties, and generate up to 579 megawatts of power for surrounding residents and SoCal Edison.

This is not just a big deal for the fact that the Antelope Valley Projects are projected to eventually rival a fossil fuel plant in energy output, a level unprecedented in solar energy. Buffet already owns a 550-megawatt plant project developed by First Solar in San Luis, CA, and this latest move now effectively makes him and MidAmerican the chief beneficiaries of the more than $2.5 billion California's Proposition 39 law will generate for the state's renewable energy projects.  Now that he's both feet in the US Solar industry, how many countless businesses will follow?

Time will tell, but it's probably safe to observe that once again, Mr. Buffett's old-fashioned foresight has somehow laid a pathway to the future for American industry.

Donal Thoms-Cappello is a freelance writer for Rotor Clip Company.
Posted by Rotor Clip at 9:04 AM