GM's Next Bolt EV WIll Have No Steering Wheel 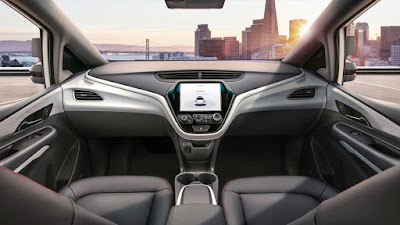 Last week saw what may turn out to be a giant event in the world of automation, as General Motors unveiled their prototype for their fourth-generation Bolt EV model. The big reveal? No steering wheel, nor pedal.

While this is not unprecedented in design, GM claims theirs is the first fully automated electric vehicle to be made with a traditional mass production process. Although this may not be technically true (Chrystler and Waymo could also claim the title), it does seem that GM has a way to ensure the Bolt EV, complete with multiple redundant sensory, navigational, and computer systems, will be ready for a proclaimed massive rollout by 2019. It is an ambitious target, but one that seems well within reality.

Automated driving vehicles have taken a bit of a bloody nose in PR lately, with a Tesla AV model crashing in 2016 and the recent embarrassment of an automated shuttle for Las Vegas tourism having a fender bender on its first day of launch. Nevertheless, there is now a body of boring evidence, consisting of AV's being used on campuses and closed roads, that point to integration being possible.  The optics of the announcement amount to this stunning picture that immediately dares the everyday driver to imagine their commute in a whole new way. As GM President Dan Amman said,
"When you see this image for the first time it's quite striking...That's why we believe this is a notable moment on the journey to full AV deployment."

GM's Bolt EV line has a recent history of moderate success. While it did not yield strong sales in established European markets for electric vehicles, over 23,000 were sold in the US in 2017, and an introductory delivery of 600 to Korea tested so well, GM will be sending up to 5,000 more. Though current regulations and the vehicle's affordability (it is still expected to be more than the average cost of a fossil-fuel engine car) are still going to be significant obstacles, the slow but accelerating rise in EV charging infrastructure all over major cities in the country may signal to curious customers that the up-front cost is worth the long-term savings in fuel. The pieces are all there for an automated driving world. Now all that's left is to find out if Americans want it.

Donal Thoms-Cappello is a freelance writer for Rotor Clip Company.
Posted by Rotor Clip at 8:13 AM