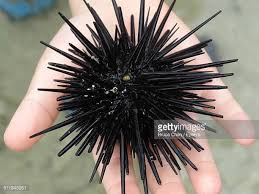 Sea Urchins usually call to mind horrid hours of pulling their dreaded spines out of one's feet after a careless step in the ocean. The long sharp tendrils are a natural defense mechanism for the invertebrate, and notorious for the pain their venom causes (though not fatal). While a nuisance during a day at the beach, however, the animal may have proved invaluable in a seemingly unrelated way.

Researchers at the University of Konstanz may have found a method to create a fracture-resistant type of cement. The team's evidence boils down to replicating the nanostructure of the sea urchin spine, reinforcing durability.

Publishing their work in the December 1st edition of Science Advances, the Physical Chemistry team, led by Professor Helmut Colfen, were able to engineer, on the nanoscale, a layer system mirroring a natural process. Dubbed the "brick and mortar" method, the sea urchin spine especially demonstrates this by alternating layers of hard crystalline with soft calcium carbonate. In this design, impact may indeed crack an outer layer, but the force is redistributed and nullified through a softer layer working in tandem with its counterpart. Applied to the make-up of cement, Colfen and his research team were able to produce samples showing "a value of 200 megapascals." The report continues:


"By comparison: Mussel shells, which are the gold standard in fracture-resistance, reach a value of 210 megapascals, which is only slightly higher. The concrete commonly used today has a value of two to five megapascals."

Sea Urchin spines have served as inspiration before in the science community. In fact, a Chinese university published their findings in March in how the spines can be used to advance bone repair in humans. In the world of raw materials, cement being restructured to exponentially withstand impact like this opens vast potential for construction and architecture possibilities. Traditional limits in structural integrity may be rendered obsolete, and reorganizing materials on the microscopic level before they even reach the stage of sale could demand a completely new type of technological infrastructure in the industry. It is all just another reminder that while Mother Nature gets overlooked, she rarely is improved upon.

Donal Thoms-Cappello is a freelance writer for Rotor Clip Company.
Posted by Rotor Clip at 8:41 AM